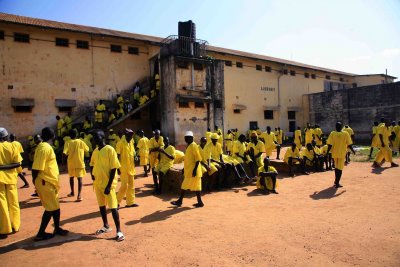 A gay man and transgender woman are scheduled to go on trial in Uganda starting May 7 in a case that threatens them with the potential of life imprisonment for sexual activity “against the order of nature.”

If the trial proceeds, it will be the first case to go to trial in Uganda in the  recent history of Section 145 of the Penal Code for consensual same-sex relations, according to the LGBT advocacy group Sexual Minorities Uganda (SMUG).

All previous cases have either been dismissed for want of prosecution or have remained pending, SMUG said.

Gay businessman Kim Mukisa, 24, and Jackson Mukasa,  19, a transgender woman are not facing charges under the newly enacted Anti-Homosexuality Act of 2014, which also provides for a life sentence for same-sex sexual activity.  But up until the passage in December of…